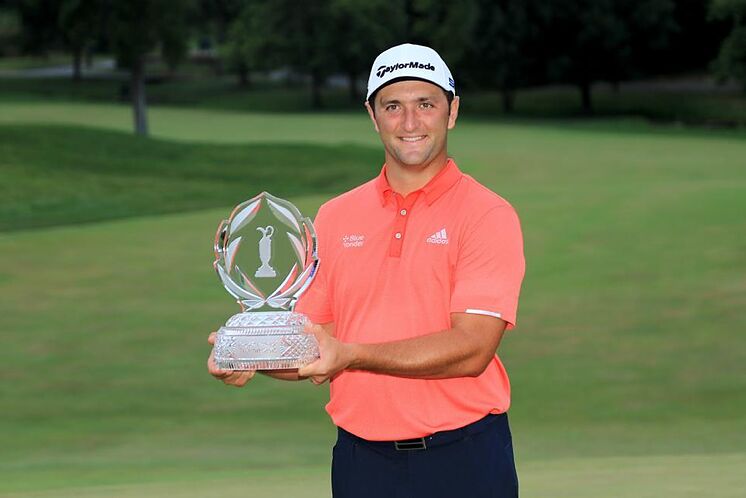 More than 30 years after Ballesteros‘ number 1

More than 30 years have gone since Severiano Ballesteros placed Spain on the top of the international golf scene. The Cantabrian is the mirror in which Rahm has looked at himself since he was 13 years old. It was then when he decided that he would do everything possible to become the number 1 in golf.

“I play golf because of Seve Ballesteros and dream of emulating him and achieving everything he has accomplished in golf. My admiration for him will be eternal. I want to thank my parents for teaching me the path and the discipline to get to where I am today. ”

Specialist in approaching shots to the green, his accuracy with the putt helps him to finish the holes with great result. As he did in the Memorial Tournament, where he was proclaimed champion and received the trophy from the great Jack Nicklaus.

Number 1 has come with Rahm’s fourth career victory and his first in 2020. His victory in Dublin (Ohio) placed him at the top of the ranking.

Rahm has managed to reach the top thanks in part of his great character and competitiveness. “I value a second place, a third, but as a competitor I want to win. It’s that easy. I live to compete ”.

One of his references in the world of sports is Rafa Nadal:

“I would like to be like Rafa Nadal, who has that rage, is a great competitor and has everything under control. He has great mental strength. That is where I try to walk. It is continuous work. That desire to win, that rage, you need to have them, and they have helped me a lot”.

Spanish golf is living a great moment, with Rahm as number 1. But this is not the only good news. We also find Sergio García, Rafa Cabrera and Jorge Campillo in the top 100.