Villa for sale in the urbanization La Merced, one of the most sought after areas of Marbella, due to its proximity to the city center and the beach.

It has southwest orientation and views to its large garden and private pool. Located in a very quiet environment despite being less than a minute away from the center of Marbella, from all kinds of services and from the beach;

Built on a plot of 1,650 m2; It consists of a large living room with direct access to the garden and swimming pool, fully equipped kitchen with breakfast area, five bedrooms, five bathrooms and a toilet, TV room, office on a raised floor with its own toilet; The house also has a nice Andalusian patio.

There is a separate house with 3 rooms and a private garage for 2 cars.

The garden has a tropical feeling. The house has a lot of character and many possibilities.

It needs restoration or built a new house. Also to built two houses is allowed due the size of the plot.

* The descriptions, prices and other information that appears posted along with the properties are correct, however they could be subject to errors or omissions. Information about the area 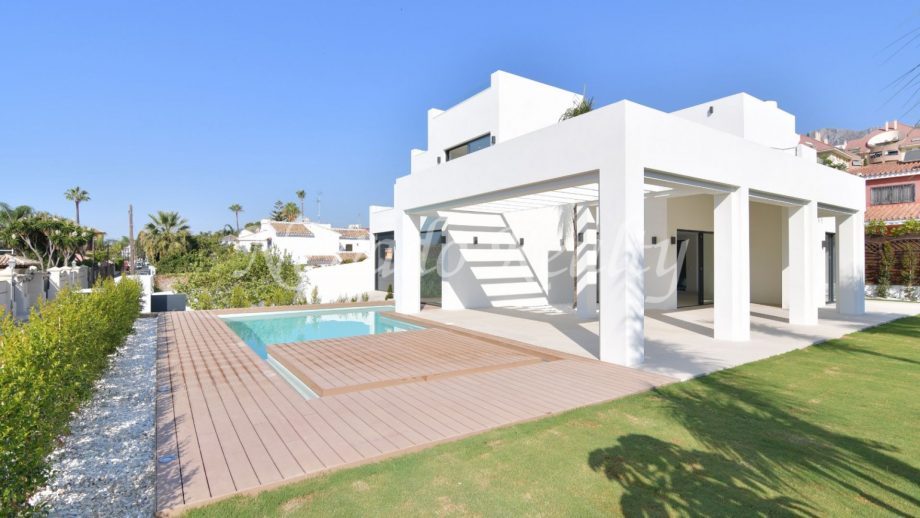 5 Reasons Why You Should Be Living in Marbella Centre

Send to a friend